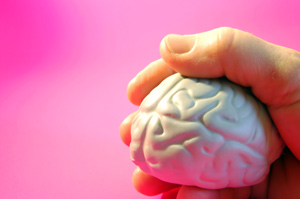 Brain imaging has come a long way since its earliest techniques. Already in 1918 a technique called ventriculography was invented. This technique consisted of injecting filtered air into the ventricles, the hollow cavities inside the brain, and included a high risk for the patient. Seeing that it did provide a lot of useful surgical information, new techniques were started to be developed.

After a few decades of invasive techniques, computed tomography (CT) came around the bend. This technology utilizes X-rays and thus didn’t involve invading the patients body, making the procedure much safer and easier. Nowadays this technology is still used, but has to share its place at the top with magnetic resonance imaging (MRI).

MRI introduced the possibility to not only visualize the anatomical structure, but also show what is going on inside the brain. Functional MRI (fMRI) allows to see the brain activity by monitoring the local blood flow. Active neurons (nerve cells) consume more energy and thus need more nutrients and oxygen than unactive cells. The brain responds to this increased energy need by sending more oxygenated blood to the area, which in turn can then be picked up by the powerful magnet in the scanner.

Although fMRI scanners allow for very detailed scans, two of their biggest shortcomings are the price and size of the machines. Several new technologies have since been developed, which try to offer the same level of detail while maintaining a smaller form factor.

One of those relatively new techniques is called  functional near-infrared spectroscopy or fNIRS in short.

Based on the same underlying principle as the MRI scanner, fNIRS also tries to pinpoint brain activity based on measurements of the blood flow inside the brain. Instead of using a magnet, it relies on the difference in absorption of near-infrared light by oxygenated and deoxygenated haemoglobin.

fNIRS is gaining more and more popularity as it is proving to be a worthy contender of MRI, while being portable at the same time. For my thesis as an industrial engineer in electronics, I’m trying to improve this technology by making the system smaller. The end goal is a wearable design, which would open the field of brain imaging to a lot of new applications both in research and at home.

Follow my blog to get a sneak peek into this exciting field and the possible ramifications on your everyday life.