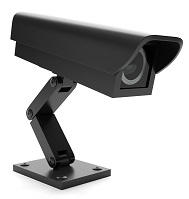 New technologies seem to be increasingly aimed at everyday life. Nowadays, no one seems to think twice when posting every detail of their private life on Facebook or Twitter. Brain imaging techniques, like fNIRS, take it a step further. Combine this with an increasing aggregation of our information in the cloud, and a new privacy concern is born.

The American security agency NSA recently became famous for all the wrong reasons. In name of securing the lives of countless Americans, they decided that every citizen should give their privacy in return.

Billions of mails, countless phone calls and at least 75 % of all American internet traffic gets logged and scanned to find possible threats. But it doesn’t stop there, other nationalities are also systematically spied on. The European bank transfer system (SWIFT) is one of the latest examples.

Of course everyone has his own sense of privacy.

Evidence of this difference in opinion became painfully clear when former NSA-boss Hayden unleashed this quote:

I certainly am a bit uneasy, you might not be. However, the real question is: would you also feel comfortable sending your “brain data” over the internet? Prying eyes are certainly eager to take a peek at it.

Too far-fetched? Lets take a tour…

No matter how you look at it, losing your online privacy is less of a concern than getting your thoughts stolen. Protecting yourself against it is also more difficult, if not impossible. While switching off your computer is unpleasant, doing the same with your brain might be a bit more painful.

Brain scanning has countless applications. Amongst those the brain-computer interface (or BCI), might be the most thrilling. It is, basically, a translator that converts your brain activity into digital data. Examples of the applications are: thought control of devices, work environments that adapt to your alertness or stress level and person identification.

A brain scan as identification method for the authorities would be a step forward in securely identifying persons. Identity theft would get harder, but at the cost of your privacy. Who knows, maybe we’ll even use it as a lie detector. Standing in line at the airport? Be prepared to get your mind read.

Although the technology isn’t yet able to offer all these possibilities, it seems that it’s only a matter of time until it does. When that time comes security should be of the utmost importance. Before I’m storing my brain data in the cloud, a lot need to change. Right now, the mere thought makes me nervous.

How do you see the future? How much of your personal data are you willing to upload?

4 thoughts on “Secure your brain: fNIRS cause for privacy concerns?”