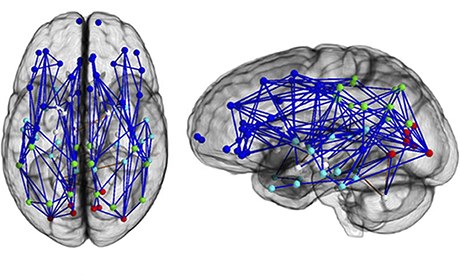 First of all: I’m not saying women are less than men… or the other way around. Certainly not on International Womens Day. 😉 Yet as millions of people have noticed, men and women seem to be wired differently. Well guess what? A recent study has shown just that!

The male brain shows many connections between areas of the same hemisphere and very few between the left and right hemisphere. In contrast the cerebellum, a brain region involved with motor control, showed increased connectivity between both hemispheres.

These findings agree with what most people seem to know. Men are  better at perception and learning individual coordinated  tasks, women at multitasking due to their brain being wired for social skills and memory. The left side of the brain mostly involved with logical thinking, while the right side “specializes” in intuitive thinking. A lot of connections between both sides  naturally leads to better performance in tasks that need both of these elements.

Due to the young age of the subjects, brain development during adolescence could also be studied. This revealed that the differentiation between men and women already starts at a young age. It also revealed large differences between the adolescence and adulthood brain.

What can we learn from this?

This research is about more than only explaining behavioural differences. These brain images can learn us more about sex-related neurological disorders.  Which could lead to a better understanding in how these disorders develop and how they can be cured.

The paper can be found here: Sex differences in the structural connectome of the human brain

2 thoughts on “Stereotypes prevail: women and men are not equal!”